Software defined radio history
How we receive
Hrtp images from low altitude satellites, constant orbit
Cloud patterns
Signalling system in the background
wifi is part of the rf spectrum
Cellphones have radio modules in them

What is radio?
Start with magnetic fields
north pole to the south pole
they have a direction, a vector field
which can be measured or seen (iron dust on a piece of glass)

The other part is its relation to electicity/current
Coloumb force is the measurement of force
electric and magnetic fields affect each other, you can not have non static electric fields without magnetic fields and vice versa.

James Clerk Maxwell:
he write 20 equations which have been reduced to 4 currently:

Radio telegraph, binary morse code to transmit signal though a device at the time called a Monocle.

Modulation
continuous wave - used in wireless telegraphy by sending a sinus tone or not.

amplitude modulation (AM)
amplify the information signal with carrier signal

high and low frequency is controlled and sometimes goes only one way.

IF (intermediate frequency is the result of filtered high frequency radio waves.

Decibel (dB)
same as pH in chemistry but 1 in pH is 10 times the concentration
an increase of 10, multiply by 10
Ca 3db up doubles, ca 3db halves

Yagi
analogue t.v. antennae, where they are not connected to each other but coupled

Impedance - a complex valued generalisation of resistance
matching of antennas and transmission lines is very important, otherwise the signal gets mirrored back and cancels itself
Typical antenna and coaxial cable impendance is 50 Ohm

Software Defined Radio (SDR) where components have been implemented in hardware (e.g. mixers, filters, amps, mod/demodulators, detectors, ect) are implemented by means of software on a pc or embedded system.

Ideally, antenna connects direct to the LNA and ADCor the PA and DAC. the processor handles all radio functions, filtering up/downconversion, modulation/demodulation, and digital baseband.

**a quick example of how we can do something through the computer: **

connect the antenna and sit it vertical

an interface to work with various dongles
24 megahz - 1774

peaks indicate strong currents of electromagnetic energy.
dial is like a radio pique

ppm correction with walkie talkies can depend on the clock despite the board heating up.

option:
gps continually measures the oscillator rate and stabalizes the rate at all times.

2.56 input rate in configuration is an important number

dump1090
testing if there is any airplane signal
transponders in airplanes 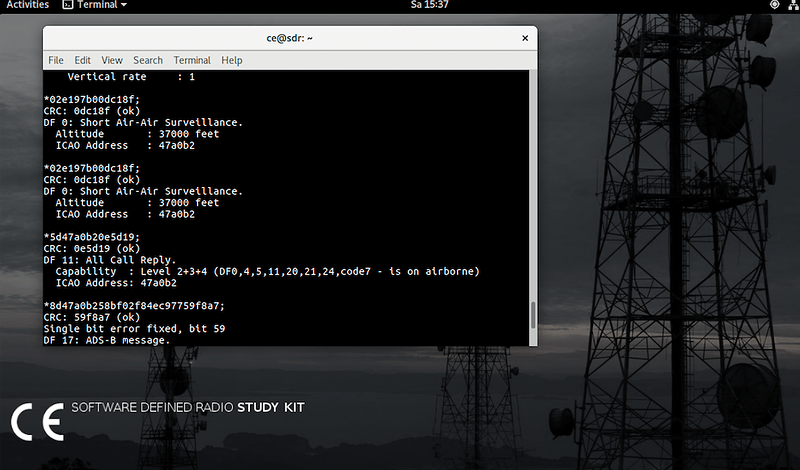 back in signal source:
frequency display
looking at the waveform

another GUI Range for amplitude
back in signal source, define amplitude with newly designated amplitude

put an add in the middle connect both the signal soures, and then again to the audio and QT Sink

with another QT GUI Range, you can make an amplitude 2 and create a second oscillator

transition width 10
the lower the number is, the more expensive it is

kill by phone number
predator drones with directional antennas, catch the imsi, locate and send in a kill request.

tracked by gps.
not unless there is malware on the phone that reads from that specifically or magnetized gps stuck under a car
by cell towers (imci catchers)

call on a conference number

catching imsi
gaining the trust of the sim card.
even if encrypted, routed through internet infrastructure, would be in the clear. 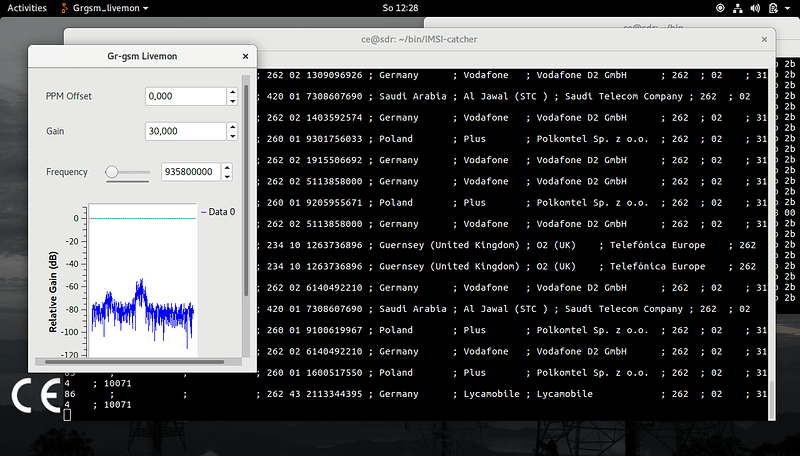 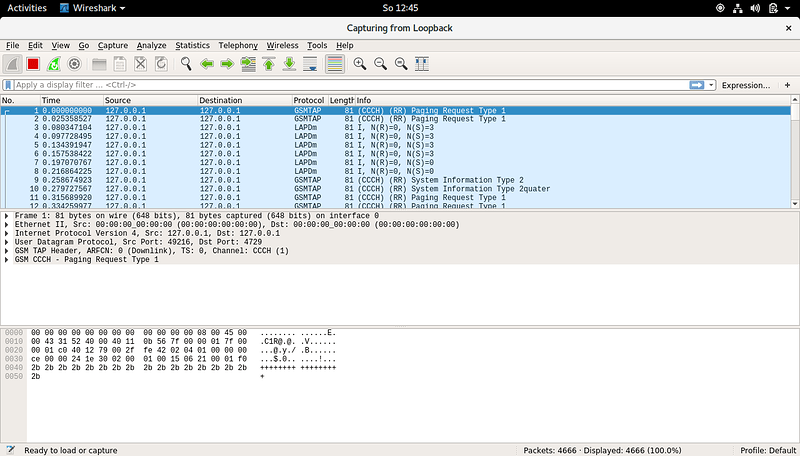